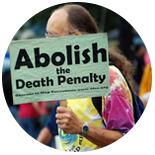 IJPC is partnering with the Tri-State Freethinkers on a night of education regarding many facets of our justice system.

JAMES “JIMMER” DUDLEY​, INVESTIGATOR – The Innocence Project Prior to joining the Kentucky Innocence Project, Jimmer Dudley worked as a security officer with the University of Kentucky Police Department assigned to the UK Chandler Medical Center. He also served in the United States Marine Corps from 1996 until 2007 as a Marine musician, a Criminal Investigator with USMC Criminal Investigation Division and as a Marine Special Agent with the Naval Criminal Investigative Service. With the NCIS, Jimmer completed a tour in Iraq fulfilling a General Crimes mission.

Pierre Bergeron – The impact of Judges
He is one of the top appellate attorneys in the country. A partner at the global law firm of Squire Patton Boggs, Pierre chairs the firm’s Appellate and Supreme Court practice group, and his peers honored him as Cincinnati’s 2018 Appellate Lawyer of the Year. Pierre also clerked for appellate judge David Nelson on the Sixth Circuit Court of Appeals in Cincinnati, where he gained first-hand knowledge of the appellate process.

Darlene Rogers – Criminal Justice Reform
Ms. Rogers lives in Anderson Township and began her career in nearby Mt. Washington as a teacher for McNicholas High School where she led and mentored high school students. Even though teaching was such rewarding work, she felt a higher calling to a different path of public service and chose to attend law school. After becoming a lawyer, it was a small step to again work with children, but this time defending them in court as a Hamilton County Public Defender in the Juvenile Division. It was at the Public Defender’s office that Ms. Rogers’ observed more injustice than she ever believed possible. She routinely witnessed disparate bonds, plea deals and sentencing based upon race, wealth and entitlement. These experiences are why she now sounds the alarm for the urgent need for Criminal Justice Reform.

Lacey Elizabeth Hopkins – AMOS Project
The AMOS Project, along with the Ohio Organizing Collaborative, is working to radically reduce the prison population through impactful criminal justice reform. Some of you may have already heard about the Safe and Healthy Communities Campaign and the push to get an initiative on the November Ballot that is for the people, by the people. We’d LOVE to have your involvement in the signature collection process and all that that entails.

Sister Andrea Koverman: – The Death Penalty
Sr. Andrea Koverman is a newly vowed member of the Sisters of Charity of Cincinnati who can be found gardening, hiking, or rollerblading whenever time and weather permit. She was born in southern Texas, raised outside of Dayton, OH. After graduating from Miami University of Ohio with a degree in Special Education, she taught public school students of the Gullah community on the sea islands of coastal South Carolina. While teaching, she earned Master’s degrees in curriculum and educational leadership. Upon entering formation with her community, she relocated to the El Paso area and taught in a Catholic school serving mostly Hispanic children and children of military servicemen and women. She witnessed the realities of our immigration system while assisting the sisters at their center for mothers of severely disabled children in Anapra, a colonia of Juarez, Mexico. Andrea has found service trips to Palestine and Haiti to be especially enlightening and rewarding. She dreams of working herself out of a job when there are no more issues of peace and justice to address!