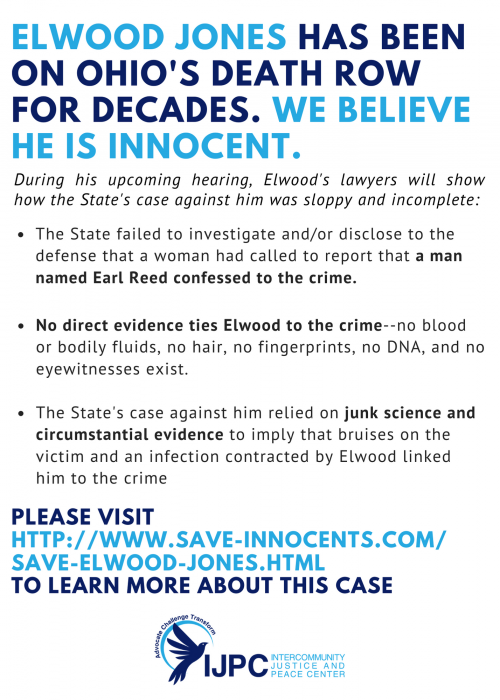 In 1997, Elwood Jones was sentenced to die for murdering an elderly woman while he was working as an employee of a Blue Ash hotel. But Elwood has maintained his innocence over the decades he’s sat on death row.  On Aug. 27 & 28, he will have the chance to convince a judge he deserves a new trial.

Want to help support him?
Write Elwood a letter to let him know that you’re thinking of him and that there are people in the community who care.