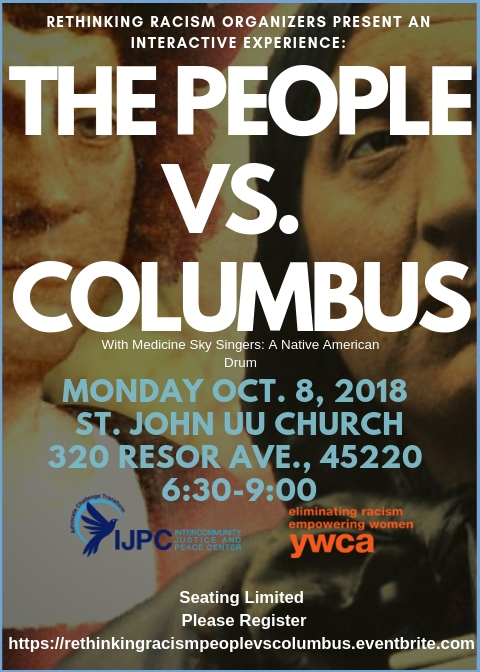 Join the organizers of Rethinking Racism in an interactive event as we examine the historical reality of the impact the arrival of Christopher Columbus had on the peoples of the Americas. Utilizing a play developed by the Howard Zinn Project, participants will explore the culpability of the System of Empire, Queen Isabella and King Ferdinand, Christopher Columbus, Columbus’s men, and the Taino People for the atrocities that resulted in as many as three million Indigenous people losing their lives in the years after 1492.

RSVP for your seat here!
+ Google Calendar+ Add to iCalendar